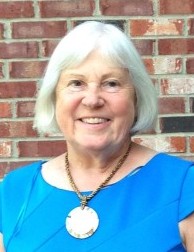 Sue Cole, 71, passed away February 21, 2019 at Thomas Hospital in Fairhope, Alabama with her husband Keith and son Mark by her side.

Sue was born, the youngest of 8 in Norwalk, Ohio where she grew up on a dairy farm with five brothers and two sisters.  She attended The Ohio State University and graduated from the University of Miami in 1971 with a B.S. in Education.  Sue had many roles in life.  Professionally, she taught social studies in the Dade County Public Schools in Miami, and was an office manager and bookkeeper for the Cincinnati Psychological Center and for Mackenzie & Peden, a Louisville law firm. Personally, she was active in the Madeira Presbyterian church, where she was a Deacon, and in Community Bible Study in Louisville.  She coached soccer and taught tap and gymnastics.  She was an avid tennis player and golfer (with the trophies to prove it), and enjoyed entertaining and cooking for friends and family.

Sue married her husband Keith in 1984 and set up their household in Cincinnati, Ohio, with their children Andy, Mark, Lauren, and Cari. Together, they blended their families and created a new and larger one.  Later, they moved to Louisville, Kentucky, where they lived for 30 years before retiring to Gulf Shores, Alabama.

Sue is survived by her husband, Keith Cole, her children, Mark Deuble of Washington, D.C., Cari Budziak of Detroit, Michigan, Andrew Cole and Lauren Mattingly, both of Louisville, Kentucky, her brothers Robert Knoll of New London, Ohio and William Knoll of Hamilton, Texas, her parents and other siblings preceding her.  She is also survived by her six grandchildren and innumerable nieces, nephews and extended family.

A visitation will be held at Northeast Christian Church, 9900 Brownsboro Rd., Louisville, Kentucky on Saturday, March 9th, from 11:00 a.m. to 1:00 p.m. followed immediately with a service at the church.  An inurnment service will follow at Louisville Memorial Gardens East, located at 11601 Ballardsville Rd., Louisville, Kentucky.  In lieu of flowers, the family requests that memorials be made to the charity of your choosing as a remembrance to Sue.

To plant a beautiful memorial tree in memory of Sue Cole, please visit our Tree Store.

To order memorial trees or send flowers to the family in memory of Sue Cole, please visit our flower store.