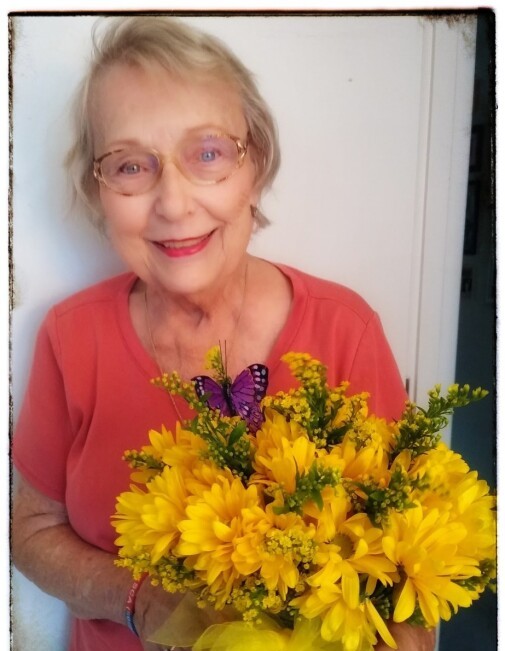 Shirley Lee Skinner of Louisville, Kentucky passed away on Wednesday, March 9, 2022 at the age of 84. Born to the late Linvel “Curly” and Hazel Agnew in Milwaukee, Wisconsin on June 9, 1937. Her family moved to Louisville when she was 4 years old. She attended Greathouse Elementary School, later graduating from Eastern High School. She earned an Associate’s Degree at Christian College in Missouri, now part of Columbia College, then continued her education at Louisville’s Spencerian College to become a secretary… but decided she didn’t like sitting at a desk all day.  She later worked at Bacon’s Department Store for 27 years as a Buyer, a position that she truly loved.

Shirley married Warren Bryant in 1959 and had three children: girls Cheryl and Paula, and a son, Chris, but that marriage eventually ended after 28 years.  Later, while attending a meeting at a local church she met Bill, the man who would become her second husband.  She said she wasn’t interested in him at first but developed an attraction to his easy-going and very kind personality.  Their union also meant that Shirley became stepmother to Bill’s children from his first marriage: Ruth Ann, Michelle and Craig.  Shirley and Bill enjoyed a wonderful relationship that included many travel experiences (and swing dancing!) until he later developed health problems and passed away in September of 2021.

She was a Girl Scout leader for many years, an avid gardener, expert pancake maker, collector, an Eastern Star member and longtime parishioner of Beargrass Christian Church.

Visitation will be held on Saturday, March 19, 2022 from 10 am until the Funeral Service at 12 pm, all at Louisville Memorial Gardens East Funeral Home, 11601 Ballardsville Rd. Louisville, KY 40241. Memorial donations may be made in Shirley’s name to the American Kidney Fund at https://www.kidneyfund.org/ways-give

To order memorial trees or send flowers to the family in memory of Shirley Skinner, please visit our flower store.