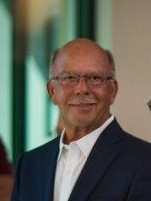 Scotty was born in Jonesboro, Arkansas December 10 th , 1945, the son of the late Charles T. and Geraldine Ware. He graduated from the University of Arkansas and held a Master of Business Administration. He dedicated his life to working in the hospital, making his way from grounds keeper to hospital administrator. He retired as Chief Operating Officer from Western Baptist Hospital in 2014 after 21 years of service. He was an avid golfer, and his love of the game came second only to the love of his grandchildren. He was a kind and humble man and a friend to many.

Besides his wife of 54 years, he leaves to cherish his memory, daughter, Brooks Zacheretti, son-in-law Tony Zacheretti, grandchildren, Jack and Audrey, and brother, Kevin Ware. He was preceded in death by his two sisters, Charline Scarborough and Melanie Owen.

A committal service honoring Scotty’s life will be held Saturday, June 5 th at Louisville Memorial Gardens East, 11601 Ballardsville Road in Louisville, KY. A memorial service will be held in Paducah, KY at a later date for all of his many cherished friends and co-workers.

To order memorial trees or send flowers to the family in memory of Scott Ware, please visit our flower store.

Services are to be announced