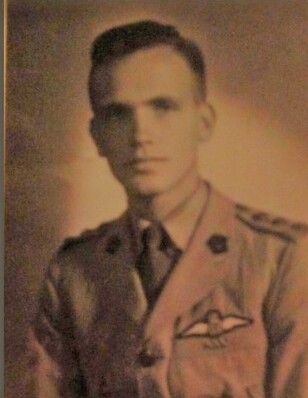 Richard Tiley Whittingham, 97, passed away on March 29, 2021 in Louisville Kentucky.  He was born on October 13, 1923, the son of the late Richard Rutherford and Thelma Tiley Whittingham.  Richard grew up in South Africa and graduated from NYU with a Mechanical Engineering degree.  He was a WWII fighter pilot for the Royal Air Force and was awarded the Distinguished Flying Cross in 1944.  Richard enjoyed travel, loved to golf and was an avid woodworker.  He leaves to cherish his memory, daughters, Pam Allen (Rick), Jackie Parks (Bob), grandchildren, Ashley Parks, Richard Parks (Leanne), Chris Parks (Kristin), Christy Starr (Michael), Becca Delaney, Katie Neal (Corey) and 11 great grandchildren.  He is preceded in death by his loving wife, Patricia, sister, Hilda and brothers, Tommy and Billy.  No services are planned.

To order memorial trees or send flowers to the family in memory of Richard Whittingham, please visit our flower store.