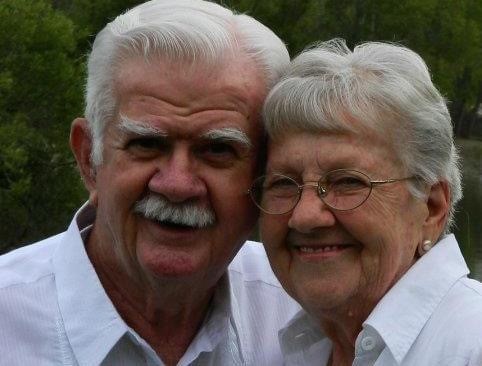 He was born in 1932 to the late Orville and Fleetie Howell in Louisville, Ky. and spent his younger years running a bit wild. He was 15 when he started dating the love of his life and he married her on Sept. 6, 1952 while on leave from the US Navy. Frank served 4 years on the minesweeper USS Redstart during the Korean War. He was proud of his service and loved his country. After his discharge he became a line supervisor at Ford Motor Company, where his love of Fords began. He adored his car “Old Blue”.

He was born again in 1957, when he was saved at Metropolitan Baptist Church. Frank loved the Lord and devoted over 50 years of his life serving in the mission field.  After graduating from Baptist Bible College in 1964, Frank and Finettie moved their young family to the Phillipine Islands. There they started over 100 churches and missions as well as 3 bible schools.  The Philippines became his second home and the people his second family. He never tired of spreading God’s word to the lost.

To his family he could do anything, he was larger than life, strong as an ox, and as dependable and trustworthy as they come. We know beyond a shadow of doubt where he is now. John 3:16 For God so loved the world that he gave his only begotten son, that whosoever believeth in him shall not perish, but have everlasting life.

Frank was preceded in death by his daughter, Pamela Louise Jelley.

The family would like to thank Dr. Anderson and staff on the palliative care unit at Baptist Health for all they did for him and family. The family requests that donations be made to Baptist Health Louisville Palliative Care Unit 4000 Kresge Way, Louisville, Ky 40207.

To order memorial trees or send flowers to the family in memory of Orville Howell Jr., please visit our flower store.