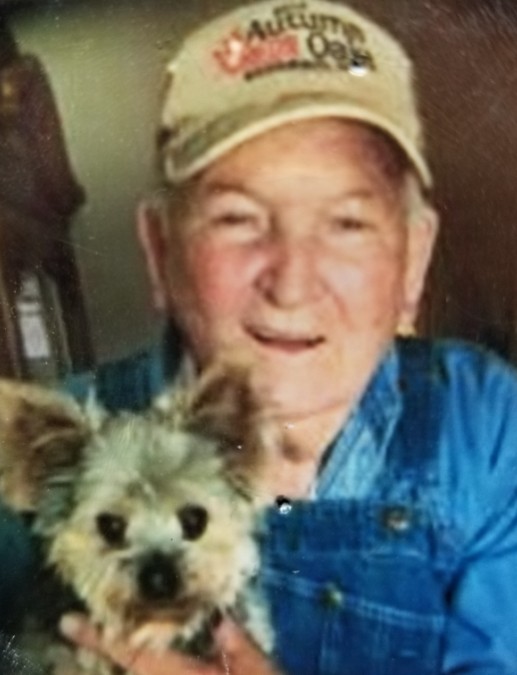 Norris Thomas Mefford, 83, passed away on Saturday January 9, 2021 at Jewish Hospital in Louisville Kentucky. He was born on July 8, 1937 in Lagrange Kentucky, the son of the late Arthur and Lucille Curtis Mefford.  He served in the United States Army and was stationed at Fort Knox from 1958 until his honorable discharge in 1960.  Norris enjoyed gardening, the outdoors, hunting, fishing and especially coon hunting.  He was a hard worker who loved living on the farm and raising his animals.   Norris liked to stay busy and helping others, and spending time with his family and his grandchildren.  He leaves to cherish his memory  his loving wife, of 24 years, Donna, his daughters, Mary Kamber (Derek Sumpter) and Camie Mitchell (Kevin), sons, Gary Lynn, Glen Thomas (Linda), sisters, Fran Smith, Punky Mikula, Linda Miller and Phyllis Beilharz (Ronnie), brothers, Hubert (Barbara), Buddy (Janet) and Jerry (Pat) Mefford, grandchildren, Chloe, Hunter, Ashleigh, Kristen, Paige, and Scott, great grandchildren, Layney, Chase, Tanner and Brandalyn.  He is preceded in death by his sisters, Louise and Marta, brothers, Junior and Gene, and grandson, David Hall.

To order memorial trees or send flowers to the family in memory of Norris Mefford, please visit our flower store.