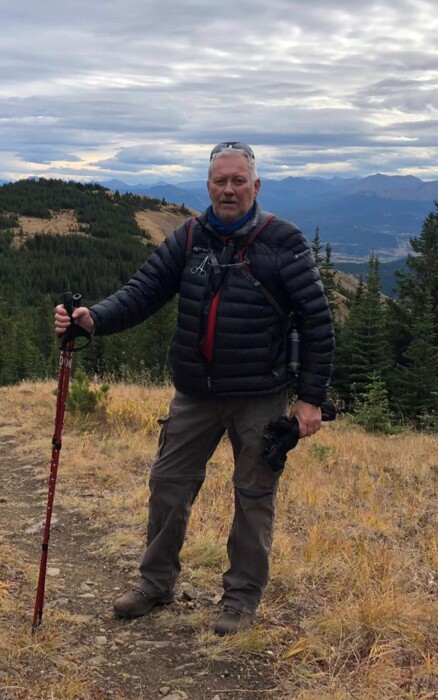 Nils Holmblad was born on January 16, 1959 to Anders and Berit Holmblad. He passed away surrounded by family on April 20, 2022.

Born and raised in Sweden, Nils spent much of his time outdoors with friends and family. When not in school or working, he could be found fishing, camping, cross-country skiing or orienteering. He also enjoyed working on cars and rally racing.

After growing up in Sweden, Nils spent time traveling the world, visiting every continent except Antarctica. Although he was often working during those times of travel, he also was able to explore the nature and eat good food, often with his wife, Eva. Most recently, they found a love of Canadian mountains, wildlife and hiking trails.

Nils was devoted to family time and was caring, supportive and kind. He was a shoulder to lean on and best friend to his wife, Eva. As a dad, Nils took the time to teach his daughters not only in school lessons, but life lessons as well. His grandchildren adored him and could always count on him to watch and cheer for them. He loved to make them laugh.

Nils worked in the paper and pulp industry for many years before moving on to work in the power industry, in a company he worked with for twenty-two years. Throughout this time, he has made many friends all over the world. He knew to work hard and take the time to relax.

A Celebration of Life service will be held on Saturday, May 14 from 2-5 p.m. at Louisville Memorial Gardens. Beginning at 5 p.m. will be a time of spoken memorial. Family members and friends are invited to share memories during this time.

To order memorial trees or send flowers to the family in memory of Nils Holmblad, please visit our flower store.