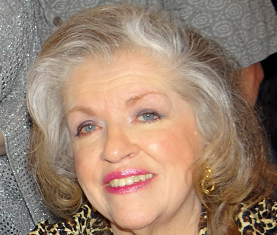 Mary Eileen Moore Hartman passed away on December 24, 2020.  Mary was born on April 18, 1944 in Pittsburgh, PA, and was the oldest child to Robert E. and Mary Jane Moore, and sister to Patti Ann Moore. Mary graduated with high honors from North Hills High School in 1962 where she loved to perform in her high school singing group. She moved to Washington, DC after graduation and met Neil Oliver Hartman of Clarks Summit, PA while she was working at the Pentagon.  Mary and Neil were married on May 21, 1966. Mary and Neil lived in Baltimore, MD; Novato, CA; New Hope, MN; and ultimately raised their two children, Mary Deborah and Neil Robert in Schaumburg, IL. Mary was very active with her children at Thomas Dooley Elementary School as well as a member of the Schaumburg, IL Township Board as the Ways and Means Chairperson and a pollster during local and national elections. Mary and Neil later moved to Ellicott City, MD; Shrewsbury, PA; spent 20 years in Boone, NC; and finally settled in Louisville, KY in 2012.

Mary was an excellent seamstress and made many of her children's costumes for plays, Halloween, and other school functions.  She was known for being an impeccable dresser with a generous spirit. She loved to read, had many treasured collections, and enjoyed a good political discussion.

To order memorial trees or send flowers to the family in memory of Mary Hartman, please visit our flower store.