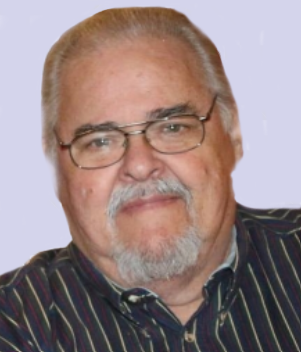 Lloyd George Goddard (Sparks) of Crestwood, Kentucky passed away on November 10, 2021 at the age of 77.  Born on March 28, 1944, in Gary, Indiana to the late Private Lloyd Earl Goddard and Evelyn (Christenson) Goddard Sparks.  His Father died shortly after his birth in the Normandy Invasion with the US Army making his family a Gold Star family.  His Mother remarried to Alan Sparks (a WWII Veteran of the Navy) who adopted Lloyd at an early age and was the only Father he ever knew.  He loved him and honored the Sparks Family Name his whole life by taking the nickname of Sparky! From a farm boy to an executive, he lived life to the fullest.

Others love to dance but Sparky loved to teach others to dance… his lifetime of being a Square Dance Caller is a defining part of who he was.  From the early 70’s till the days before he passed, he would drive hours to call for old friends and new, hosting conventions and often times spending more money on gas than he ever made from the door, but he loved to do it and dancers never got a canned effort from old Sparky.  His love was to see the smiles and the “aha” on the faces when a dancer would realize they “got it”.  He called in places as remote as Japan and the Scandinavian countries where he had made friends with people he saw once or twice in a lifetime or maybe never at all.  It didn’t matter they loved him as their fearless square dance leader.  He was a member of Caller’s Lab and throughout the hay day of square dancing in the US he was a caller matched by few with an encyclopedic knowledge of dance moves.

Lloyd was a graduate of Kentland High School in Kentland, Indiana where he played football and basketball and attended Both Purdue and Illinois University, where he tried out for the football teams, He met his first wife Susan (Kohara) Sparks Rixman, while serving in the US Army and serving for over a decade at; Fort Polk, Korea, Germany and Frankfort where he also served in the Kentucky National Guard and attended Officer Candidate School.  He worked for years as a senior salesman for Chevrolet and even in these days people still remember his efforts as a leader in the early days of his career filled with honors from the big auto maker for top sales and service.  At one of those dealerships he met and married the love of his life, Barbara Jane Young.

Sparky, like his wife Barbara, had a life filled with service to the community and showed this in his various roles, including service as Constable in Oldham County’s District 5 and service as Precinct Captain for the local GOP.  He truly LOVED the time he spent with his son and grandsons on the campaign trails spending days and weekends putting out signs, driving every road of the County and attending rallies.

For decades he and Barbara ran their stores and spend every day together filled with laughs and a mutual understanding like so many couples could only wish for, serving the community with their office supplies and computer services. Customers knew they could not only count on great service, but a welcoming chat and a passion for being part of the community (and a little bag of goodies).  For such a little store they were always there to support any cause and community effort and made the place a welcoming spot for grandkids to visit and play.  Never one to miss a sports event or dance recital for the Grandkid he was always there.  In his years serving overseas he was a member of “The Bones” MC club and remained friends from across the world.  He was honored to serve with his local American Legion and was a proud Republican to the core.

In a poetic gesture to the end, he passed away on Barbara’s birthday and the Marine Corps, Birthday, so we will always have a way to remember their special days and special ways through the years.  Being buried along with his beloved wife, Barbara Jane (Young) Sparks. Devoted father of J.D. Sparks (Yuko) and Karan Sparks. Cherished grandfather of Manabu, Rosalie, Kenta and Isabella. Dedicated brother to Colleen (Mike Cripe), George Sparks (Selena) and Kathleen (Herb Glasgow).  Brother-in-law to Donna (Mike Glore), John (Laura)Young.   Preceded in death by his parents.

A Memorial Service Gathering for Sparky and “Barb” will be held on Saturday, May 21, 2022 from 11AM am until the graveside service at 12 am. All at Louisville Memorial Gardens Funeral Home East, 11601 Ballardsville Rd. Louisville, KY 40241. A gathering to celebrate Sparky and Barbara’s life will immediately follow at New Hope Baptist Church. If desired, memorial donations may be made in Sparky’s name to American Legion Post 39, Crestwood, KY 40014.

To plant a tree in memory of Sparky and Barbara, please visit a “Buy Local, family owned” store in the area.

To order memorial trees or send flowers to the family in memory of Lloyd Sparks, please visit our flower store.