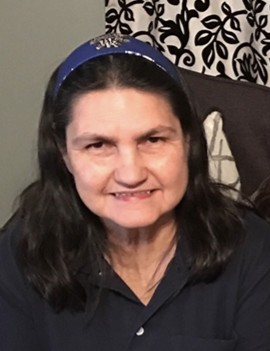 Linda S. Craig , 67, passed away on July 24, 2020 in La Grange, Kentucky. She was born on September 4, 1952 in Hyden, Kentucky, the daughter to the late Charles and Dossie Hensley. Linda enjoyed traveling and she especially enjoyed her trips to Pigeon Forge, TN and to visit her sister Mary in Florida. Linda was a caretaker and enjoyed spending time with family and friends. She enjoyed dancing, bowling, playing bunco, couponing, country music, UK basketball, and was always the life of the party. If you upset her, she wouldn’t mind telling you exactly how she felt and would never back down from a fight. Linda also had a great sense of humor and wouldn’t embarrass easily. Linda was diagnosed of Dementia at the young age of 59 and fought with dignity for 8 years before her battle ended on July 24, 2020. She leaves to cherish her memory, daughter, Kimberly Burnett (Doug), Bill Hamilton (Holly), sisters, Louise Sawyers and Ann Sullivan, brothers, Donald (Wanda), Rick (Margaret), Roger and Ronald Hensley, grandchildren, Jared Kidwell (Liz), Justin Hamilton (Faith), Samantha White (Shayne), Sophie and Abby Burnett, great grandchildren, Sebastian and Anastasia Kidwell and Whitley Hamilton. She was preceded in death by her husband, Jesse “Jack” Craig, parents, Charles and Dossie Hensley; brothers, Jim and Marshall Hensley; and sister Mary King. A private service and burial are planned. The family requests donations be made in her name to Hosparus Health Louisville.

To order memorial trees or send flowers to the family in memory of Linda Craig, please visit our flower store.