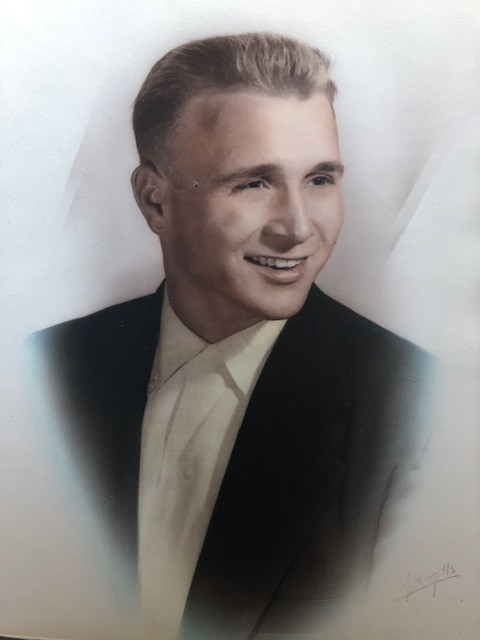 Kenneth King was born on February 23, 1935 to Gordon and Anna King in Laurens, SC. He was the oldest of five sons. He is survived by his brothers Tommy and Michael King. After graduating from Whitmire High School, he worked as a manager at a Winn Dixie grocery store. On June 13, 1954, he married Frances “Erlene” King, whom he loved deeply and faithfully for 63 years of marriage. They enjoyed life in Whitmire with their two children until 1969 when they moved to Louisville, KY. Ken worked with Louisville Bedding Company, retiring in 1992 as an Executive Vice President.  Ken and Erlene were active in church and made many lifelong friends. Ken understood the value of time with loved ones—he made time to laugh and play and enjoy his friends and his family as often as possible.

He was a loving Husband and Father. He was known for his kindness, generosity and infectious laugh. His joyful spirit, strength of character and loyal love of family have been passed on to his children and grandchildren, so his impression will live on for a very long time. He will be missed and celebrated by those who were blessed to have known him.

The funeral service will be at Louisville Memorial Gardens Funeral Home- East on November 15 at 1:00. The family will receive friends from 11:00-1:00 before the service. Memorial donations may be made to Lakeview Community Church, 581 Cave Run Lake Rd, Salt Lick, KY, 40371.

To order memorial trees or send flowers to the family in memory of Kenneth "Ken" King, please visit our flower store.