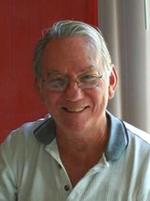 Joseph Allen Turner, 73, husband of Doris E. Turner, died October 5, 2015 at Westport Health Louisville. He was born June 11,1942 in Louisville to the late Clay and Angela Turner. He was a retired computer operator having been with General Electric for 35 years and was a member of St. Aloysius Catholic Church.
Besides his wife of 33 years he is survived by his children, Jacqueline Libbos, Janet Taft, Tina Dicken, Jerry Turner and Steven Buckley, sisters, Ann Turner, Pam Combs and Jean Denner, brothers, Charles and James Turner. 19 grandchildren and 4 great grandchildren also survive. He was preceded in death by one son, Darrell Buckley.

To order memorial trees or send flowers to the family in memory of Joseph Turner, please visit our flower store.