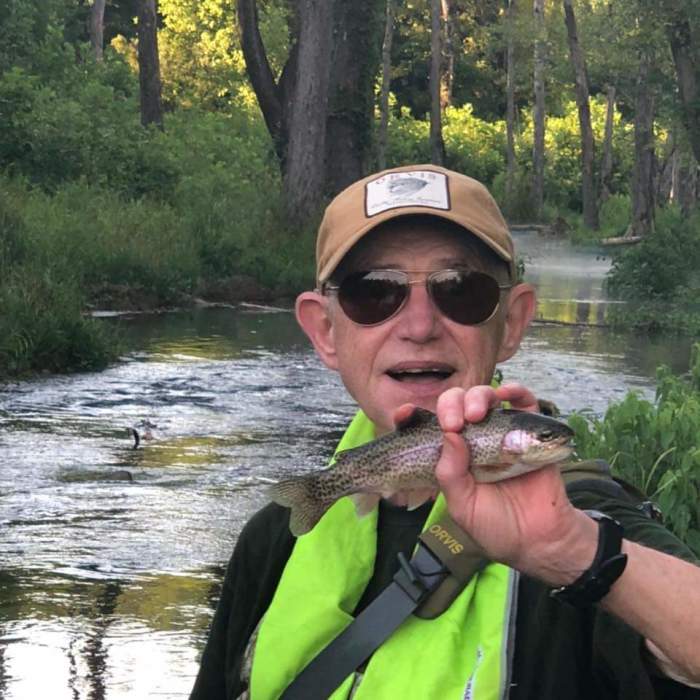 John D. Spence, 68, of Louisville, Ky., husband of Janet M. Spence, passed away on Sunday, October 27, 2019 at his residence surrounded by his loving family.  John was born in Indiana, Pennsylvania on July 29, 1951, the son of Ruth Wagner Spence and the late Floyd Russell Spence.

He graduated with his bachelor’s degree from Warren Wilson College in Ashville, North Carolina and went on to receive his master’s degree in social work from the Louisville.

He was an avid fly fisherman and loved nature and the outdoors.  John enjoyed woodworking, following the University of Louisville Cardinals, gardening, reading all genres of literature, especially historical nonfiction.  His grandchildren were the love of his life and he loved to garden with them.  He was the former president of the Louisville Chapter of Trout Unlimited and Kentucky Trout Unlimited and was a volunteer for Casting for Recovery, a charity dear to his heart.

John was a gentle soul and a loving and compassionate man who left a positive impact on all who knew him.

In lieu of flowers the family requests donations be made in his honor to the Louisville Trout Unlimited Chapter 476, P.O. Box 6001, Louisville, Ky. 40206 ATTN: Lee Squires. www.LouisvilleTu.org

To order memorial trees or send flowers to the family in memory of John Spence, please visit our flower store.

Gathering of Family and Friends