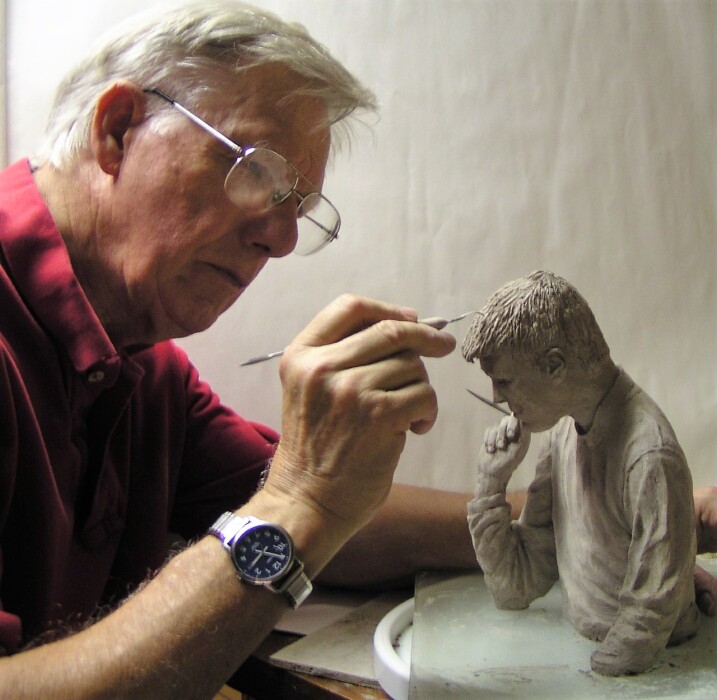 John N. Jones of Louisville, Kentucky passed away on Tuesday, March 29, 2022 at the age of 96.  Born to the late Thomas Roy Jones and Lottie Grace Jones (Eicher) on December 14, 1925.  John was preceded in death by his beloved wife, Virginia Jones (Kirby), sisters Alberta Armstrong, Ethel Kimmel, Marilyn Jones, and Lori Foutz, and brothers Roy and Bill.  He is survived by nieces Donna Fochtman, Sherri Kimmel, Carol Jones, and Kelly Conn, and nephews Tom Armstrong, David Foutz, Roy Jones and Kenny Garber.  John was a talented artist who worked as a commercial artist.  One of his specialties was depicting race horses.  His painting of Secretariat was featured on billboards around Louisville to advertise the Kentucky Derby.   In retirement, he continued his love of painting and gave art and tennis lessons to local children.  John and Virginia touched many lives over the years through their home Bible study.   He served in World War II, Navy.  A Graveside Service will be held on Saturday, April 2, 2022 at 11 AM at Louisville Memorial Gardens East, 11601 Ballardsville Road, Louisville, KY 40241.  In lieu of flowers, donations may be made in John's name to the Samaritan's Purse at www.samaritanspurse.org

To order memorial trees or send flowers to the family in memory of John Jones, please visit our flower store.