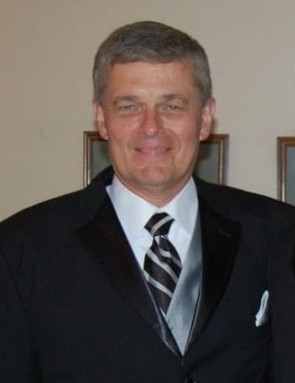 Jerry Walter Fuelling, 73, beloved husband and father, passed away on Tuesday February 16, 2021 with his family by his side.  He was born on December 1, 1947 in Louisville, Kentucky, the son of the late Walt Fuelling and Suzanne Harper.  Jerry is a graduate of Butler High School and a veteran of the United States Army.  He retired from Bellsouth after 33 years of service as a Manager of Network Operations.  He also served as a pilot for the Civil Air Patrol, assisting with search and rescue missions and was the co-owner of Fuelling Built Homes.  Jerry loved his grandchildren, law enforcement, car racing, traveling and was a long-time member of the National Rifle Association.  Jerry was passionate about politics, was an avid Donald Trump supporter and loved his country.  He is survived by his loving wife of 53 years Betty (Cantrell), his daughter, Tracy Sipes (Buddy), son, Chris Fuelling (Jennifer), Stepmother, Ann Fuelling, Sister, Jan Fowler (Greg) and grandchildren, Bryce Sipes, Elli and Gracie Fuelling.  Jerry is preceded in death by his father Walter Fuelling, mother, Suzanne Harper (Lamar) and brother Jimmy Fuelling.  A celebration of life will be announced at a later date.

To order memorial trees or send flowers to the family in memory of Jerry Fuelling, please visit our flower store.