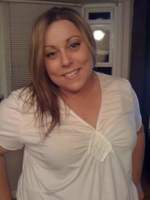 Jennifer Marie Gaw, 36, left this world and into the arms of our precious Lord and Savior, Jesus Christ who carried her home on October 24, 2015. Jennifer was born to Stacy Gaw and Peggy Carpenter Holsclaw in Louisville on April 30, 1979 and was a member of Highview Baptist Church.
Jennifer was preceded in death by her grandfather Charles Eugene Gaw.
She leaves to cherish her memory her daughter Madeline Ariyah Gaw, her mother Peggy Holsclaw and father Stacy Gaw, brother Charles Preston Gaw (Priscilla), grandparents, Bob and June Carpenter and Rosemary Moore. She will also be missed by her aunts and uncles; Ann "Rocky" Davis, Scott Gaw (Treva), Mary Jo Mattingly (Don), Diane Streicher (Steve), Debby Byerley (Robert), Kathy Carpenter (Chuck), nephew and niece, Christian and Abigail Gaw along with many cousins.
2nd Corinthians 5:8 says "to be absent from body is to be present with the Lord". Jennifer is now at peace.
Any monetary donations can be made in care of Louisville Memorial Gardens Funeral Home East.

To order memorial trees or send flowers to the family in memory of Jennifer Gaw, please visit our flower store.