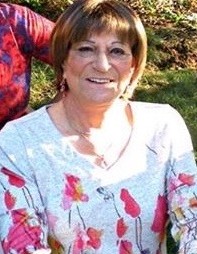 
On Friday, November 8, 2019, Jamie Michele Bourque passed away at the age of 73, peacefully in her home in Louisville Ky.
Jamie was born in Marquette County, Michigan on January 18, 1946. She served in the United States Coast Guard and in the United States Navy, where she retired as a lead inspector for Jeff Boat in Indiana. She was Married to Marilyn Bourque and they had a long, loving marriage until Marilyn passed away.
Jamie had a passion for helping others. She was very involved in helping the youth LGBTQIA community of Louisville Ky. In her spare time, Jamie also volunteered at a senior center, where she drove the citizens to wherever they needed to go. She was known for her quick wit, infectious smile and her kind and compassionate spirit.
Jamie was preceded in death by her wife Marilyn Bourque, her father Amos F Bourque and her mother Ann M Meisch. She is survived by her stepson Steve and stepdaughter Rosalie, and many friends and community that loved her dearly and will miss her.
A small ceremony will be held on a later date at Louisville Memorial Gardens East.
If you would like to make a donation in Jamie's name, she personally gave to the Susan G Komen Breast Cancer foundation and the Louisville Youth Group HQ that is located at 417 E Broadway, Louisville Ky.

To order memorial trees or send flowers to the family in memory of Jamie Michele Bourque, please visit our flower store.