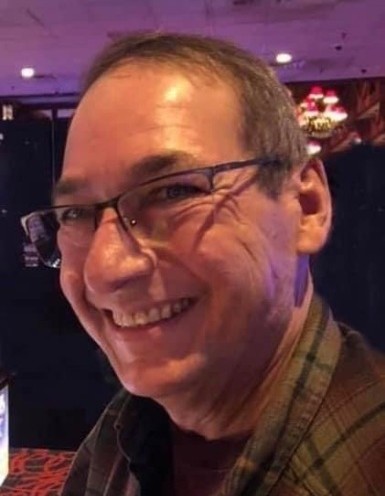 James Michael Barmantje Sr. of Charlestown, Indiana passed away peacefully, surrounded by his loving family after a long and courageous battle with Leukemia on Friday, January 7, 2022 at the age of 60. Jim had a successful 37-year career at Thybar Corporation, starting out in the shop in Addison, IL.  In 1996, he relocated his family to Louisville, KY to help open the new facility. He worked tirelessly as Plant Manager and eventually worked his way up to become Vice President of Operations. He treasured his family more than anything and they meant the world to him. Jim is survived by his loving wife of 31 years, Lisa Myrene Barmantje (Hall); children, James (Rachel) Barmantje Jr., Megan (Justin) Bale and Brian Barmantje; granddaughter, Anna Barmantje; siblings, Patricia Scavone, Nicholas (Mary Pat) Barmantje and Amy (Brian) Ricci, sister-in-law, Cheryl Hall (Tom) Schrems, and brother-in-law, Gene (Kelley) Hall. Also left to cherish his memory are a multitude of Nieces and Nephews as well as Great Nieces and Nephews. As well as several Cousins. He was preceded in death by his parents, Nicholas and Helen Barmantje. Visitation will be held on Saturday, January 22, 2022 from 11 am until the Funeral Service at 1 pm, all at Louisville Memorial Gardens East Funeral Home, 11601 Ballardsville Road, Louisville, Kentucky 40241. Interment will immediately follow at Louisville Memorial Gardens East. In lieu of flowers, donations may be made in Jim’s name to the Leukemia & Lymphoma Society at https://givenow.lls.org or The James Graham Brown Cancer Center in Louisville, KY at https://uoflbrowncancercenter.org/ways-support.

To order memorial trees or send flowers to the family in memory of James Barmantje Sr., please visit our flower store.