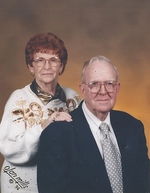 Gilbert "Wig" Wayne Evans, 88, of Louisville, passed away peacefully on November 13. He was an Army veteran of World War II, having been a Purple Heart recipient, a member of VFW Post #1170 and a retiree of General Electric. Mr. Evans helped found the Eastwood Fire Department and served as a volunteer firefighter for 50 years, including 14 years as chief. He was born in Louisville December 11, 1925 the son of the late Beauford M. & Anna Mae Sturgeon Evans.
In addition to his parents, Mr. Evans is preceded in death by his brothers Kenneth Evans and Lewis Evans; sister Lelia Amedie; grandson Larry "Bubby" Shuck II. Mr. Evans leaves to cherish his memory his loving wife of 68 years, Alice Katherine Evans; daughter Cheryl Ann Shuck (Larry); grandson Kevin Wayne Shuck (Jessica); two great-grandchildren Katelyn and Baby Shuck; sister Lucille Clark.
A service celebrating Mr. Evan's life will be held 10:00 am Tuesday, November 18 at Louisville Memorial Gardens Funeral Home East, 11601 Ballardsville Rd. Visitation will be from 5 to 8 Monday at the funeral home.
The family has suggested memorials to Hosparus.
Condolences may be made at www.lmgfuneralhomeeast.com

To order memorial trees or send flowers to the family in memory of Gilbert Evans, please visit our flower store.