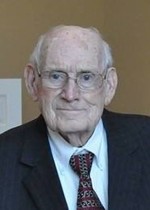 Gene A Moore passed away on Tuesday, October 4, 2016 at Floyd Memorial Hospital in New Albany, Indiana. He was born July 18, 1931 in Shelby County, Kentucky to the late James H and Grace W Moore. He was preceded in death by his wife of almost 65 years, Betty Demaree Moore, and a son, David A Moore; grandson, Joseph Ray Majers, his brothers, Bobby Moore and Reverend James Moore and his sisters, Laurance Drescher, Mary Frazier, and Kaye Moore.
Gene is survived by his children, Sandra Magers (Ronnie) of Wasilla, Alaska; Darrell Moore of Winter Park, Florida; Patti Davis (Glenn) of Louisville, Kentucky; and Robin Collier (Curt) of Floyds Knobs, Indiana; six grandchildren, Billy Magers (Kayla), Jen Davis (Jon), Janet Milner (Cody), Katherine Davis (Zach), Danielle Woodward (Zach) and Chris Collier; five great grandchildren; Roman, Hadrian and Aurora Milner and Bristol and Healy Magers. He is survived by one sister, Carolyn Janes of Louisville, KY, and a host of nieces and nephews. Gene was born and lived on a farm on Narrow Gauge Pike in Shelby County, Kentucky until his marriage. Gene graduated from Cropper High School in 1949. He married the love of his life, Betty Demaree on December 14, 1951 and they moved to Louisville, KY. Gene was employed by Belknap Hardware until he became an Photoengraver at MacKays Gravure Company. He worked there many years until his retirement. He then went to Sullivan College and earned an Associates Degree. Upon his graduation, he became a bus driver and escort for Toby Tours Bus Line. He, along with his beloved Betty as the tour guide, traveled to every state in the Union except Hawaii. After he 'retired' from driving the bus, he worked at Rental Depot - known there as "Dr. Moore" because he could fix anything! Gene was a long time member of Highview Baptist Church. Gene loved sports and followed all UK basketball, football and baseball games. He also loved to watch tennis and Nascar. Gene never knew a stranger and could talk to anyone about any subject! He was quite a handyman and an avid gardener. He loved his wife Betty with all his heart and had missed her so much since her passing just four months ago. They spent their last months together at Silver Crest in New Albany, Indiana. Gene was the finest of men- a man who loved the Lord and who loved his wife, five children, and grandchildren with all of his huge heart. He has touched many lives and leaves behind many friends. He will be greatly missed. A Funeral Service will be held Saturday at 12:00pm at Louisville Memorial Gardens Funeral Home East, 11601 Ballardsville Rd. Visitation will be Friday from 3:00pm -8:00pm and Saturday from 10:00am until the time of service. Interment will be at Louisville Memorial Gardens East following the service. A lunch will follow. In lieu of flowers, expressions of sympathy may be made in the form of memorial contributions to the Diane Moore Miracle Dancer Foundation at www.dianemooredance.com
or to the Villages of Historic Silver Crest at www.thetrilogyfoundation.org
Condolences may be made at www.Lmgfuneralhomeeast.com

To plant a beautiful memorial tree in memory of Gene A. Moore, please visit our Tree Store.

To order memorial trees or send flowers to the family in memory of Gene Moore, please visit our flower store.