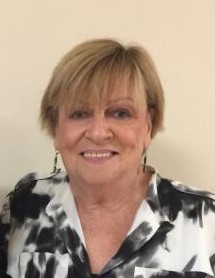 Ernestine Salleng, 79, passed away on October 22, 2020 at Baptist Health Louisville.  She was born on July 5, 1941 in Sunfish Kentucky, the daughter of the late Ephram and Hazel Durbin.  Ernestine worked as a hospital secretary for Methodist Hospital and worked at Sugar and Spice Doughnut shop in Louisville.  Her favorite pastime was cooking savory meals for her friends and family.  Besides her husband of 64 years, Willard, she leaves to cherish her memory, daughter, Beverly Phillippe, son, Marvin Salleng (Tina), sister, Norma Jean Blanton, brother, James Durbin, grandchildren, Christine, Corey, and James, great-grandchildren, Will, Maryam, Tasneem, and Sumayyah.  The family would like to acknowledge the exceptional care that Baptist Health Louisville and the Hospice Group gave to Ernestine.

To order memorial trees or send flowers to the family in memory of Ernestine Salleng, please visit our flower store.