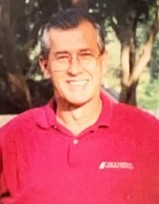 Danny-Alan Weymouth of Simpsonville, Kentucky passed away on Monday, December 27, 2021 at the age of 71 at home surrounded by family. Dan proudly served in the United States Army during the Vietnam War where he was a medic that was credited for saving many lives. He adored his dogs, Sadie and Nala. Dan is survived by his children, Eric ​(Dawn) Weymouth, Clayton Weymouth and Dakota Weymouth; grandchildren, Sonny, Kinsley, and Brooks; sisters, Dawn Weymouth, Sheila Wright and Laura Callamita; and brothers, Thomas (Kathy) Weymouth and Scott (Lorraine) Weymouth. He was preceded in death by his parents, Lewis and Colleen Callamita. Private services will be held for the family.

To order memorial trees or send flowers to the family in memory of Danny Alan Weymouth, please visit our flower store.