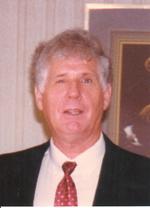 Clarence Bell, 75, of LaGrange, husband of Gretchen Bell, reached Heaven on September 18, 2014.
He was born in Conway, Missouri April 2, 1939 the son of the late Troy W. & Gertrude O'Neal Bell.
He was a retired inspector for the Ford Motor Company, KTP and was a U.S. Army veteran having served our country in the Military Police in Germany and Korea. Clarence was also an avid U of L fan and loved his pets, flowers and yard work.
Besides his wife of 54 years he is survived by his son, Clarence Glenn Bell of LaGrange and his sister, Lois Jones (Leo) of Conway, Mo.

To order memorial trees or send flowers to the family in memory of Clarence Bell, please visit our flower store.