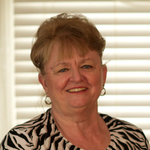 Cheryl Ann Shuck, 67, of Louisville, passed away peacefully on March 12, 2016.
She was a faithful member of Resurrection United Methodist Church. Mrs. Shuck was a homemaker and also a secretary for many years. She was a loving daughter, wife and mother, an exceptional grandmother and loyal friend to many.

A service celebrating Mrs. Shuck's life will be held 10 am Thursday, March 17, 2016 at Louisville Memorial Gardens Funeral Home East, 11601 Ballardsville Road. Visitation will be from 5 to 8 p.m. Wednesday at the funeral home.

The family has suggested memorials to Hosparus.
Condolences may be made at www.Lmgfuneralhomeeast.com

To order memorial trees or send flowers to the family in memory of Cheryl Shuck, please visit our flower store.