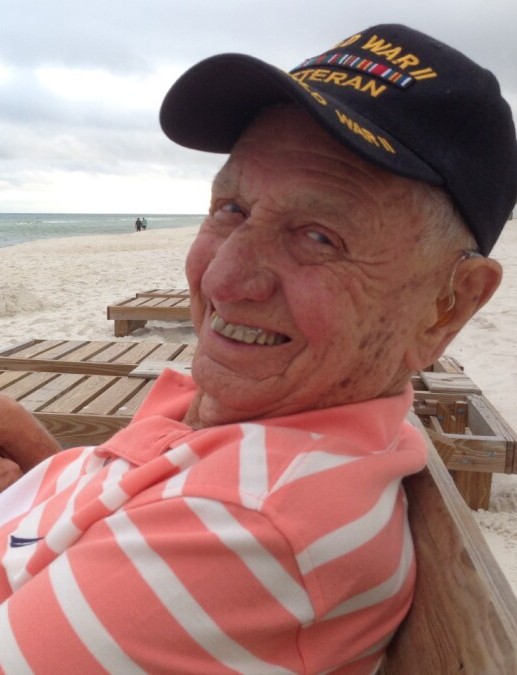 Carlos Rafael Rodriguez (Charlie), 94 years old, of Crestwood, KY went to his heavenly home on November 12, 2021. Alice Ramsey Rodriguez, his loving and devoted wife of 39 years was with him in their home at the time of his death.

He was born in New York City, NY, one of three children born to Jose Oscar Rodriguez and Carmen Marta Rodriguez, Suarez. Charlie grew up in Juana Diaz, Puerto Rico. He attended Ponce High School. During WWII, he voluntarily enlisted in the Army and served as PFC in the 501st Military Police battalion at Losey Field, PR. Upon his Honorable Discharge, he attended John Brown University in Arkansas.

Charlie and his first wife, Jonelle had two daughters, and were married for 33 years. They moved to KY in 1966 to care for his wife’s grandmother who could no longer care for herself.

Charlie was a longtime member of Crestwood Baptist Church in Crestwood, KY, a 63 year Master Mason and a Commissioned Kentucky Colonel. He was a retired Pipe Fitter from Phillip Morris in Louisville, KY. A longtime Christian and loyal friend to many, he provided his ability to speak two languages to many of the Mission endeavors at/through Crestwood Baptist Church and at HighPoint Charitable Services in LaGrange where he was loved by his clients and co-volunteers. He was known at HighPoint for his great smile, his faithfulness in serving Jesus and how inclusive he was  to everyone he served.

He loved to play golf, fish, target shoot, go to flea markets and always enjoyed getting a bargain. He also enjoyed the many places he traveled with Alice, having made it to all 50 states, Canada, Puerto Rico, St. Croix. In his later years, he was plagued with vision problems, but still enjoyed his peaceful existence at home. He was a good man who loved his family and friends, a generous soul to many.

Graveside services will be at Elk Spring Cemetery in Monticello, KY on November 19, 2021, 2:00 pm with Rev. Randy Foster officiating. Arrangements are being handled by Louisville Memorial Gardens and Funeral Home East.

In lieu of flowers, memorial donations may be made to HighPoint Charitable Services in LaGrange, KY or to Crestwood Baptist Church in Crestwood, KY or plant a tree in memory of Carlos Rodriguez.

To order memorial trees or send flowers to the family in memory of Carlos Rodriguez, please visit our flower store.