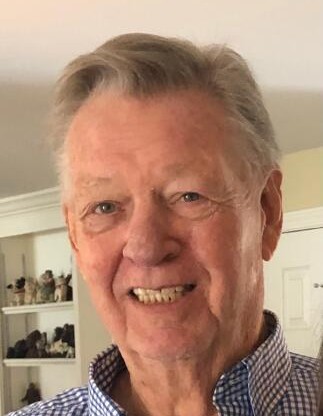 
Louisville-Bob White, 81, of Louisville passed away on Tuesday, November 17, 2020 after battling heart disease.  He was born in Nashville, Tennessee to the late Charles and Mildred White.  Bob spent his early years in Pontiac, Michigan and attended the University of Michigan before the US Army brought him to Fort Knox, Kentucky. There he met the love of his life, Doris.  They married in 1963 and made Louisville home, recently celebrating their 57th anniversary. In addition to his 38 year career as a State Farm Insurance agent , he and Doris co-founded several business’s including Bluegrass Wallpaper Outlets and Oxmoor Center mainstays , The Balcony Pizzeria, Putters Park Golf and Game Room. Bob was most proud of his role of devoted, loving and loyal Husband, Father, Grandfather, Brother and friend who never missed an opportunity to encourage and make all know that they were loved. He is survived by his wife, Doris; son, Richard White (Jamie) of Louisville; daughter, Terri Meagher (Paul) of Scottsburg, Indiana; sister, Carol Wiggins of Louisville; grandchildren, Harper White of Washington DC; Mitchell Meagher, AnneMarie Meagher, Megan Richey, Lauren Richey (James) and 5 great grandchildren, all off Scottsburg, Indiana.  A private memorial and graveside service be held at Louisville Memorial Gardens.  In lieu of flowers, memorial contributions may be made to Hosparus Health of Louisville and the Dare to Care food bank.


To plant a beautiful memorial tree in memory of Bob White, please visit our Tree Store.

To order memorial trees or send flowers to the family in memory of Bob White, please visit our flower store.