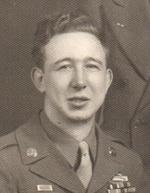 Arthur "Art" Vest, 89, husband of the late Mildred Dixon Vest, died Wednesday, June 18, 2014 at Baptist Health in Louisville. Born in Louisville June 28, 1924 he is the son of the late Arthur A. & Sophia Kley Vest.
Art was retired from the JCPS Board of Education, and had more recently been a greeter at Wal Mart. He was also a World War II Veteran having served in the U.S. Army.
He is survived by three children, Gail Nixon (Harry), Lynn R. Vest and Gary Vest, four grandchildren, Stephanie Hornback, Natalie Aldridge, Evan Nixon and Whitney Vest, four great grandchildren, Cole & Brayden Page and Payton & Emily Aldridge. He was preceded in death by two sons, Dennis & Allen Vest.
A service celebrating Art's life will be held at 3:00 pm Sunday, June 22, 2014 at Louisville Memorial Gardens Funeral Home East, 11601 Ballardsville Road.
Visitation will be held from 12:00 pm Sunday until service time.
Memorials are suggested to the American Cancer Society.
Condolences may be made at www.lmgfuneralhomeeast.com

To order memorial trees or send flowers to the family in memory of Arthur Vest, please visit our flower store.