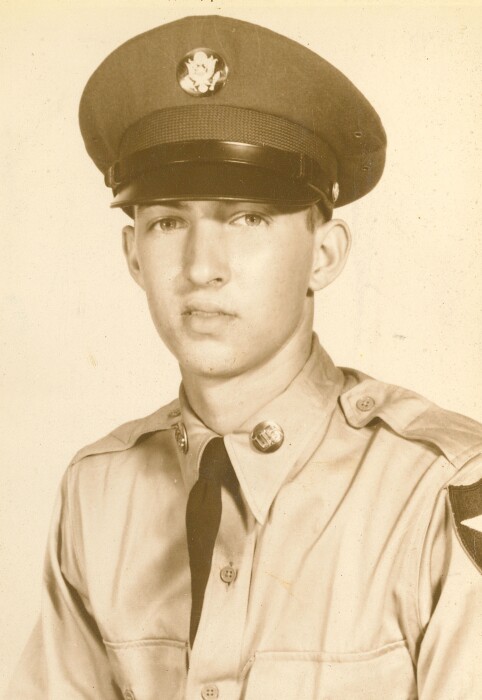 Eldon Leon Jones of Louisville, Kentucky passed away on November 15, 2021 at the age of 81. Eldon proudly served in the United States Army for 7 years. He served his country for 7 years earning several awards such as the Award of Distinguished Flying Cross and an Air Medal. He worked on helicopters while in the service and later enjoyed working on cars. Eldon enjoyed building and racing Volkswagens and going fishing. He is survived by his children, Pam, Eldon Jones Jr. “Buddy”, Debbie, and Nick (Sara); numerous grandchildren and great-grandchildren and a sister, Brenda. He was preceded in death by his brother, Cecil. Visitation will be held on Saturday, November 20, 2021 from 11 am until the Funeral Service at 1 pm, all at Louisville Memorial Gardens Funeral Home East, 11601 Ballardsville Road.